In this body of work, further abstraction of the script and the exploration of the shapes and the negative spaces defined by the lines of the text emphasize her search for the unknown. These paintings construct a map; a map of her quest for “what cannot be found.” 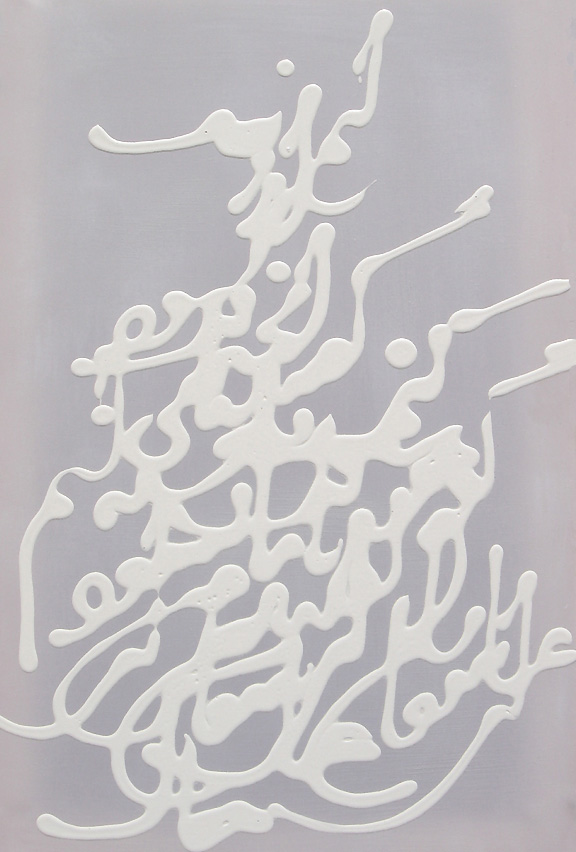 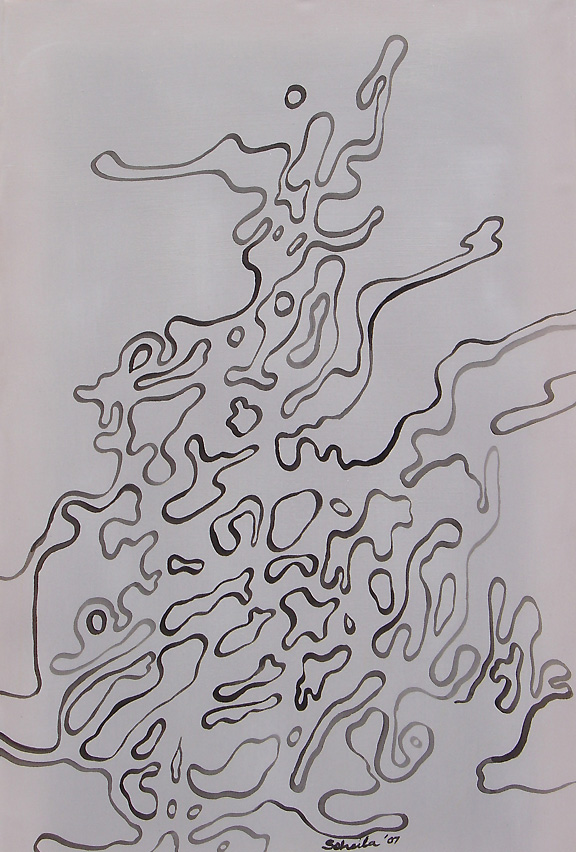 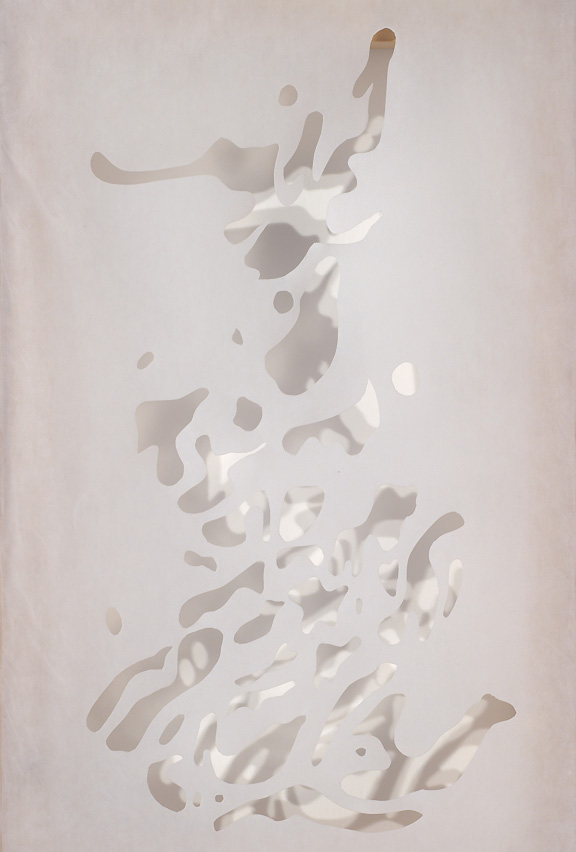 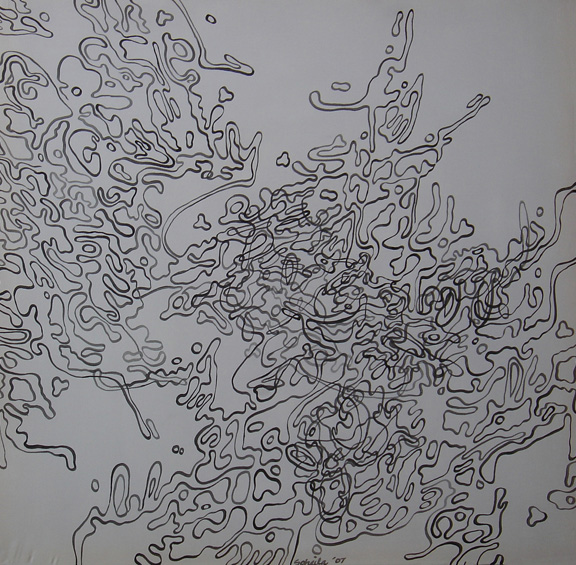 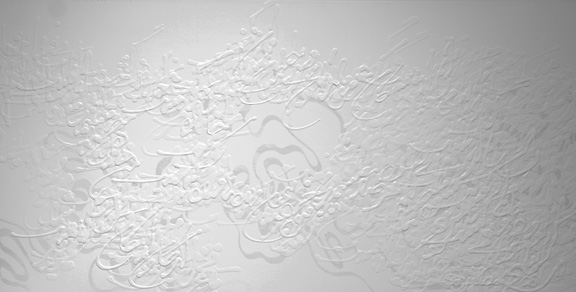 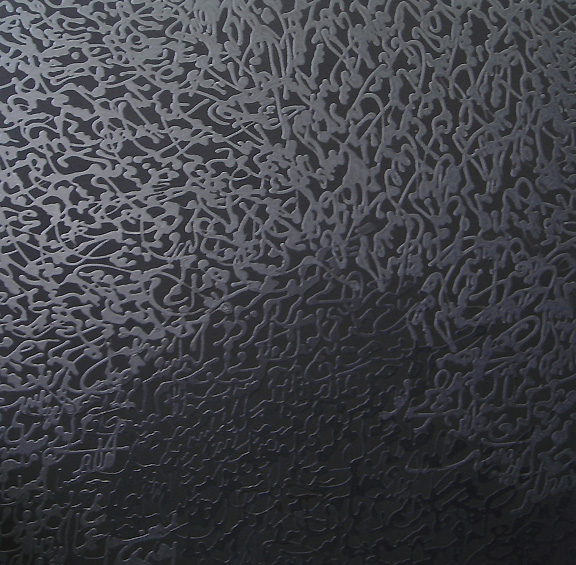 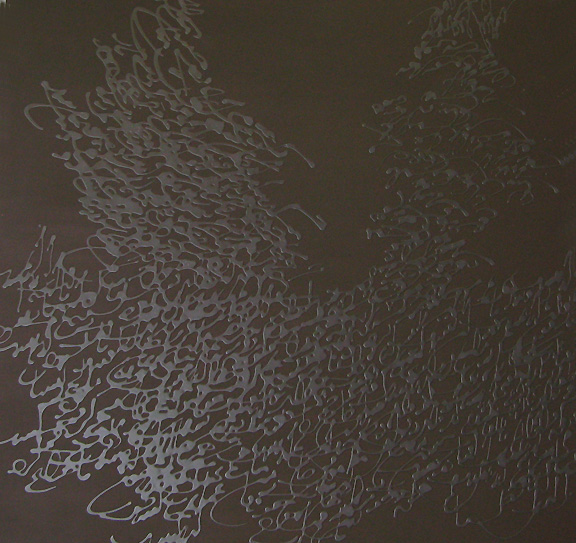 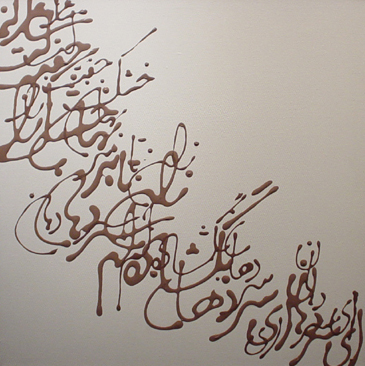 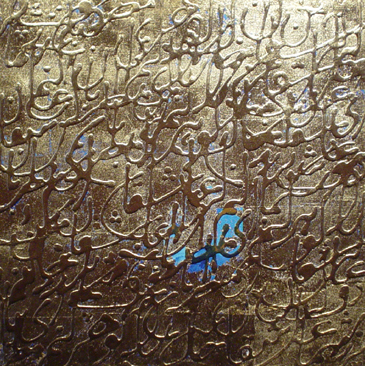 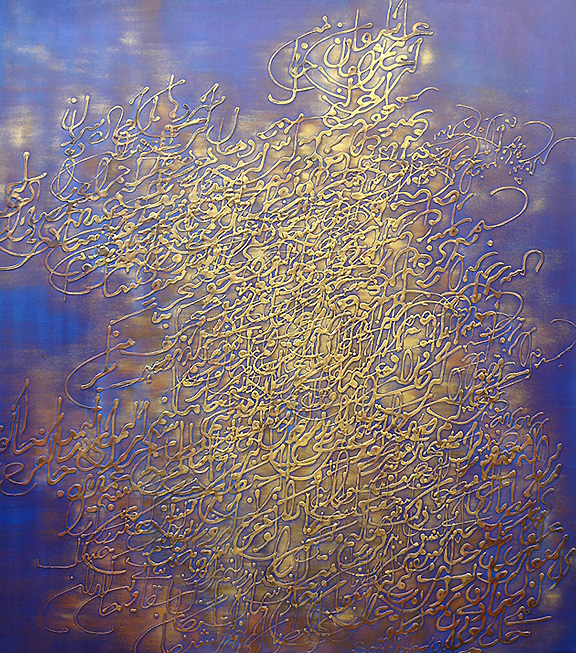 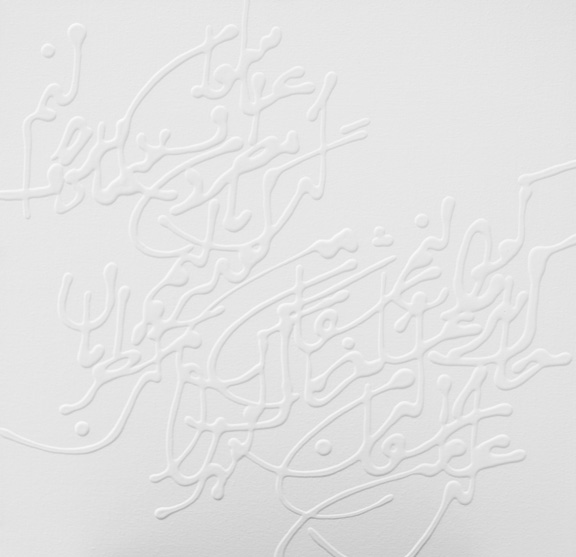 In the “Reed Flute” series of paintings, Soheila explores the mystical concept of longing for the beloved through the meaning of the verses of the poem “Reed Flute’s Song” by Rumi. Through the reed flute’s music and within each note of the reed flute, lies a nostalgic need to return to its source, the reed bed. Each verse of the poem conveys the longing to reunite with the divine source by employing metaphors which explore the pain of separation and promise of reunion. 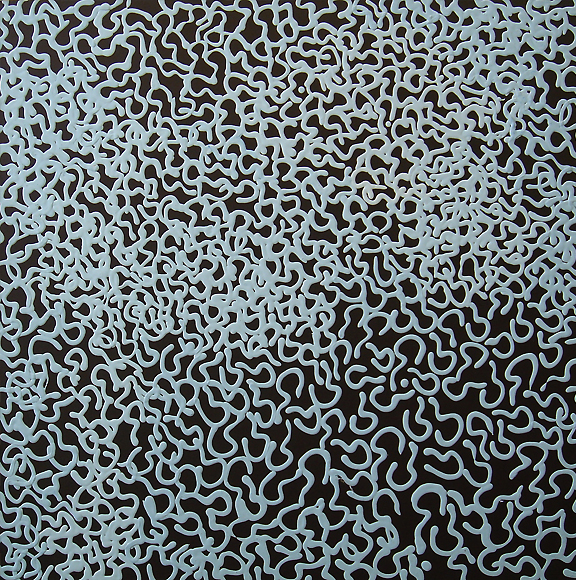 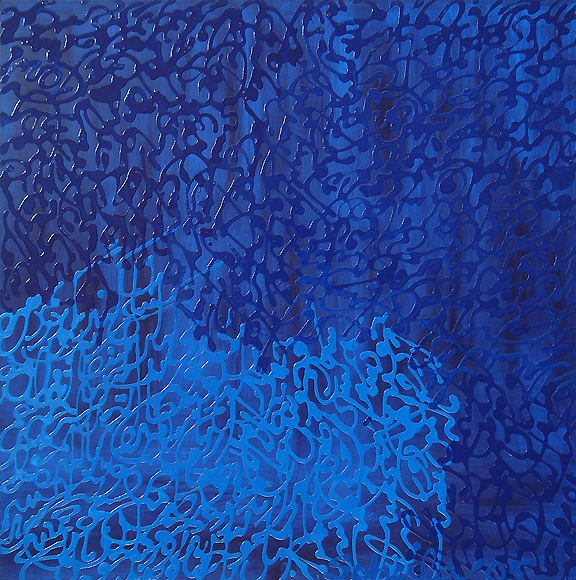 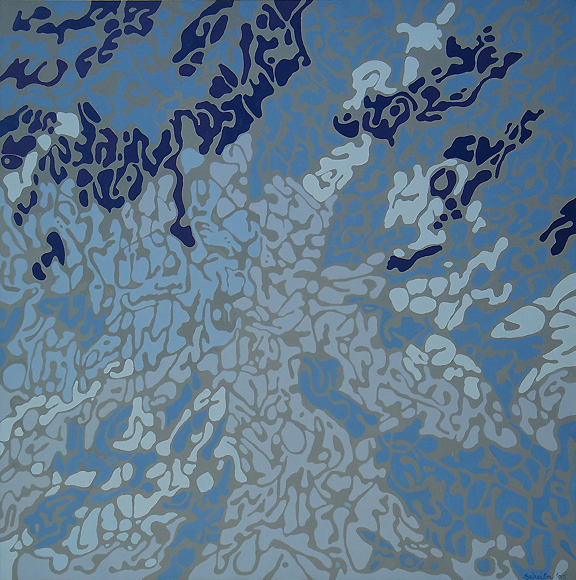 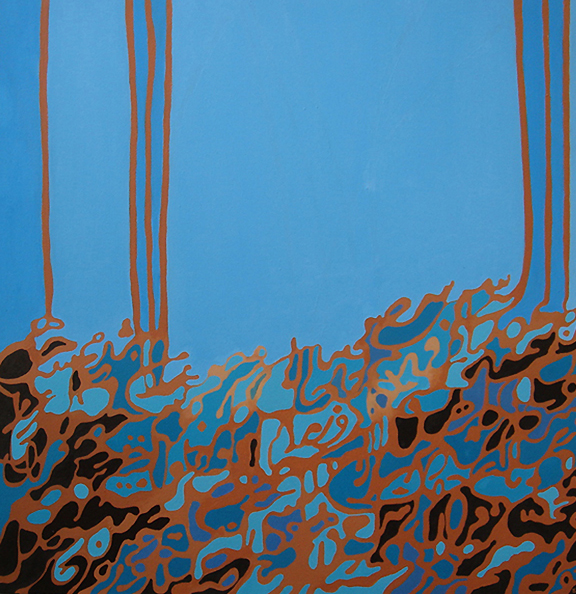 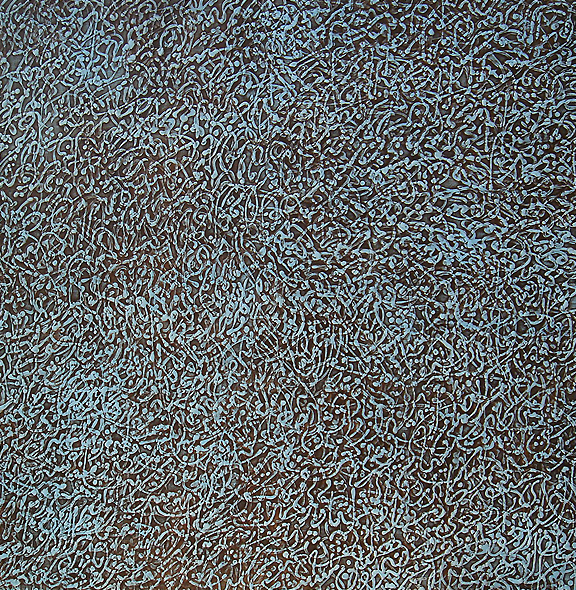 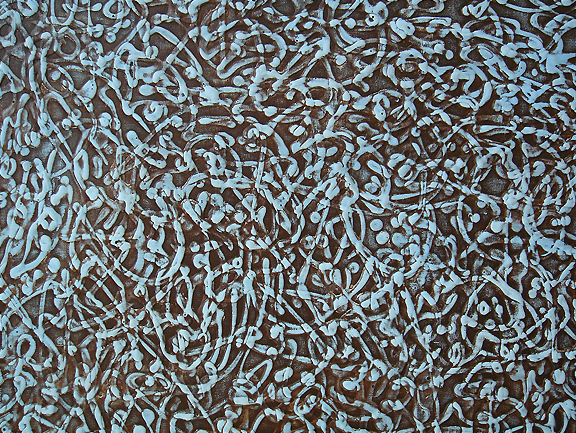 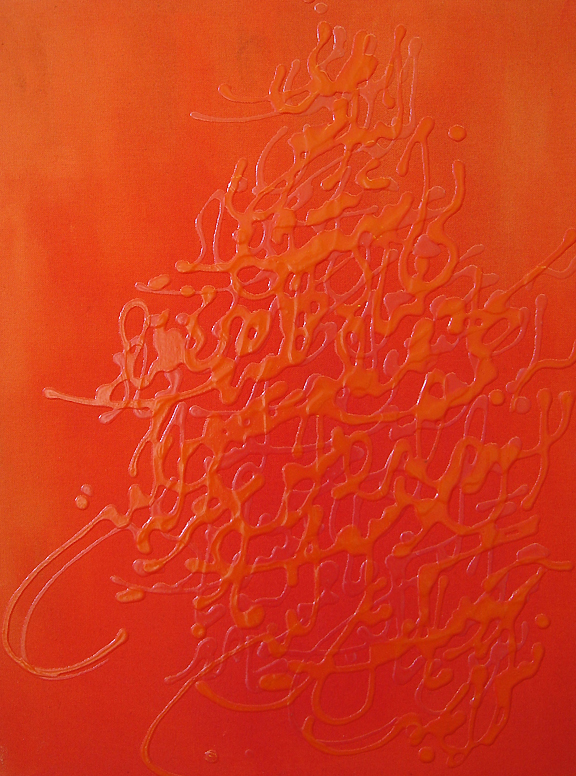 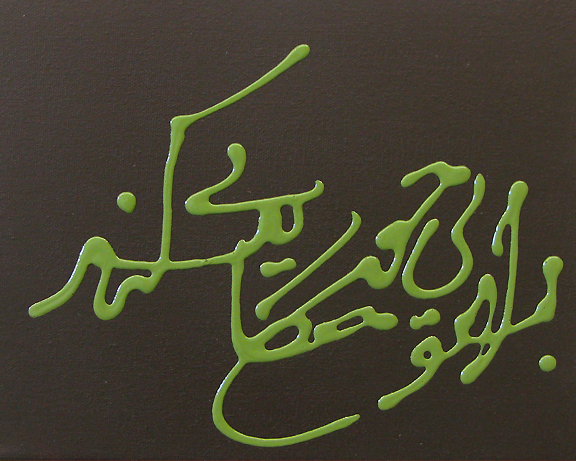 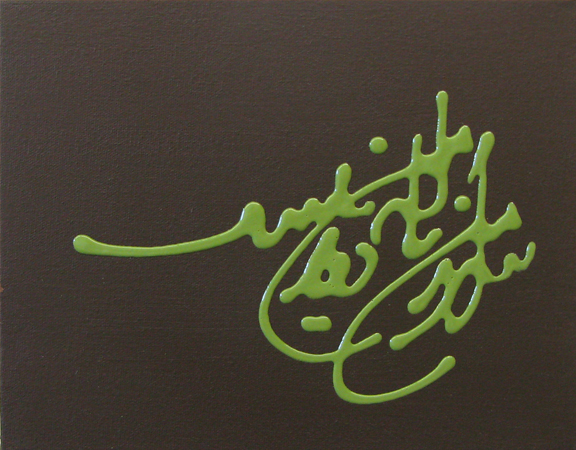 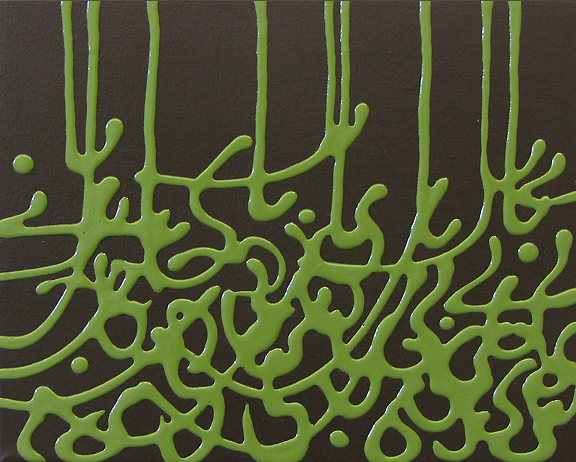