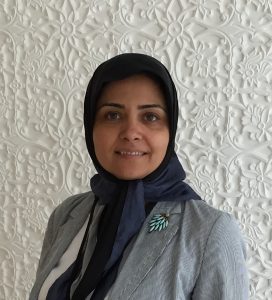 Soheila Esfahani grew up in Tehran, Iran, and moved to Canada in 1992. She received her Master of Fine Arts degree from the University of Western Ontario and her BA in Fine Arts from the University of Waterloo. She is an award-winning visual artist and recipient of numerous grants from the Canada Council for the Arts, the Social Sciences & Humanities Research Council of Canada, the Ontario Arts Council, and the Region of Waterloo Arts Fund. She is a recipient of 2016 Waterloo Region Arts Awards and was nominated for the Jameel Prize at the Victoria & Albert Museum in London, UK in 2015. Her work has been exhibited across Canada from Vancouver to Halifax and collected by various public and private institutions, including the Canada Council’s Art Bank. Currently, she is an Assistant Professor at Western University and is a member of the Red Head Gallery in Toronto.

Her recent work questions displacement, dissemination, and reinsertion of culture by re-contextualizing culturally specific ornamentation and various collected souvenir type objects. She navigates the terrains of cultural translation by exploring ornamentation as a form of “portable culture” that can be carried across cultures and nations. Her recent practice aims to destabilize the origin of culture and reconstruct Homi Bhabha’s “the third space of in-betweeness”: a site of cultural translation, where locations of cultures are negotiated and new narratives are adapted and hybridized. In this body of work, Esfahani simultaneously emphasizes and disrupts familiar collected objects such as blue and white china in order to dissolve traditional boundaries between cultures.